This article is part of my Modern Concurrency in Swift article series.

Before you try to dive in with concurrency in Swift, you need to understand async/await. There’s no way around it. While async/await are not the only concurrency options, Apple’s SDKs are starting to make heavy use of them. There is no doubt that third-party library providers will start offering these as well.

If you have been writing callback-based concurrency, keep in mind that the implementation for async/await is very different from anything you have seen before in Apple’s technologies. It basically throws what you know about concurrent programming out the window. It’s important to keep that in mind as you read this article.

In this article, we will write a function that downloads an image and then its metadata using a different network call. We will show you how doing this with callback-based concurrency can become hard to manage quickly, and how async/await solves this problem beautifully.

A Refresher on Procedural Programming

When you write any normal program with no exceptional needs such as networking and/or I/O, your program executes in the order your code is written, calling procedures as needed, and returning content to the caller if necessary.

When you call performCoolStuff(), your code is executed as follows:

There’s nowhere to get lost here. Your code is called in the same order it was given. Functions that call other functions are placed in the call stack exactly as they appear, unwinding back as they return values to the main callers. As calls happen, the function give back control to the caller through the use of return. When we call multiply, we assign control to it, and when it returns us a result, it gives us back control through return.

You don’t think much about procedural programming. Chances are you do it daily, and it always works the way you expect it to *.

A refresher on callback-based concurrency code.

Things are a bit more complicated when it comes to code that may run in parallel with other code. Consider the following example that will download an image through a network call and the metadata through a different network call (you can copy and paste this code in a view controller of a new project - it contains everything you need to run it). The download takes place at the same time as the main thread’s execution:

Note: Apple used a similar example in the Meet async/await in Swift session at WWDC2021. This example is based on that, but I created a compilable version you can use.

This is what happens:

This flow of execution is messy, because downloading data from the network is asynchronous and all its work happens somewhere else. Anything else may happen on the main thread while the downloads take place. Whatever the console prints may have a different output on each run **. The downloads spawn from the main thread onto another thread, but the program will continue executing the code in the main thread without any issue. This makes it hard to think procedurally, because we rely on the completionHandler to let us know when it has finished its work. If there are tasks that can be performed in the main thread, but they depend on an image and/or its metadata, we have to do all that work in the completion handler (while rerouting the work to the main thread with DispatchQueue.main.async whenever relevant).

In the case of callback-based asynchronous code, control is given back whenever completion handlers are executed.

And as you may imagine, these calls can become more and more complex and nested.

If I had to explain async/await in few words, I’d say this:

async/await is like a hybrid between procedural programming and callback-based closures.

Before we explain why, let’s keep two things in mind:

Let’s take a few minutes to discuss the async and await keywords individually.

To mark a function as async, simply put the keyword after the function’s closing parenthesis and before the arrow, like this:

You can already see a huge advantage here. The completion handler is gone, and our function signature is very clear with its purpose. We can tell at first glance if it is async and what it returns.

async code can only run in concurrent contexts. That is to say, within other async functions, or when manually dispatched via Task {}. We will explore Task {} in a bit.

await is where the magic happens. Whenever the program finds the await keywords, it has the option of suspending the function. It may or may not do so, and the decision is up to the system.

If the system does suspend the function, await will return control, not to the caller, but to the system. The system will then use the thread to perform other work until the suspended function is done. The statements below await will not be executed until it has finished. The system decides what’s important to execute, and at some point, it will return control back to you after it sees the awaited function has finished.

You can think of it as a traffic light. If you are driving down the road and you find a red light, chances are you will stop. But if it is 4 AM in the morning and there’s no cars coming you may just run it. ***

What you need to understand about await is that, if it does choose to suspend, nothing below it will execute until the system tells it to, and the system will use the thread to do other work.

Every call to an async function, must be marked as await.

To better understand this, we will rewrite our downloadImageAndMetadata function, this time using async and using await within the body.

This is a long function, but it’s already much better than the pyramid version of it. Let’s highlight the important parts first:

As you can see, it is a pretty linear flow, and the way await suspends the rest of the execution until the system deems it necessary makes it behave very much like procedural programming.

We can separate that function into different functions as well:

As long as we mark the functions as async, this is possible to do.

If you want to see the function suspension in action, simply put some print statements before and after await code. You will see that the print statements will be executed slowly, as the system suspends the download tasks, perform other tasks, and gives control back to you.

If your internet is a bit too speedy to appreciate the slow prints, Apple provides us a neat method: Task.sleep. This function solely exists to sleep the thread for a given number of time, and you can use it to explore async/await.

One final important note about await: It’s not guaranteed that the same thread that executed the code above it is the same one that will execute the code below it (commonly called the continuation). This has important implications when dealing with UI. If you use await in a context that needs the main thread such as a ViewController, make sure you mark the functions with await with the @MainActor attribute, or add the attribute to the entire class declaration. If you want a complete tour behind how the new concurrency works in Swift, check out the Swift concurrency: Behind the scenes WWDC2021 session talk.

“Bridging” between the sync and async worlds with Task

We can create a “bridge” between the sync and async worlds creating a Task. To understand why this is necessary, consider the following piece of code:

The compiler will protect us from erroneously running this, showing the following error:

The compiler is suggesting we mark performDownload as async.

But this is not always possible. What if performDownload is in a view controller or in another place that can’t give you an asynchronous context?

To fix this, we can bridge this synchronous function to the asynchronous world using Task {}.

We are explicitly creating an asynchronous context, and it will behave as such. We can now call perform download from any sync context without an issue.

To make things even better, properties that are read-only can be awaited.

Suppose you have the following wrapper object:

And we can use it as such:

This was a long introduction to async/await, but hopefully the included examples and discussion will help you understand how this works. async/await are the heart of the new concurrency system, so you need to have a fine grasp of them. Future articles may not be as long. Generally, covering the basics of something requires a lot of effort as it’s important to not miss any details. Hopefully this article will be of use to you.

I have created a sample project that makes use of the downloaded image and metadata in a UIKit project. You can download it from here. 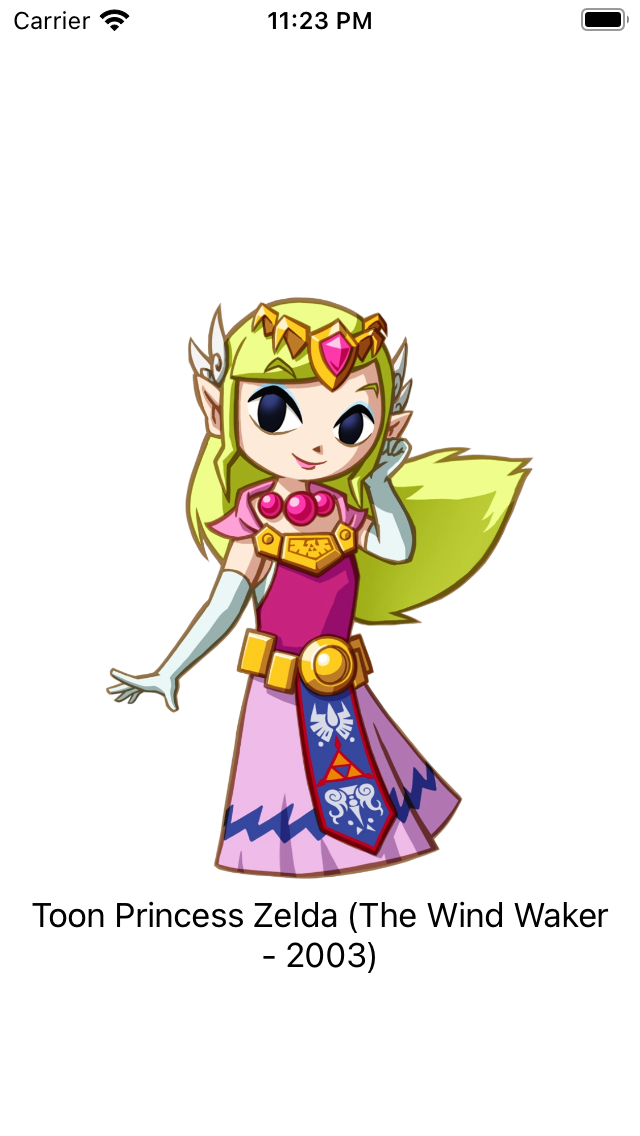 On the viewDidAppear method, you will find the following code:

You can comment and uncomment everything under MARK: - Method x to fill the outlets with the data provided by the different methods of getting the data. Hopefully you can play around with this to get a better hang of how async/await work in Swift.

I want to revisit these two points I made earlier:

We can now append one more thing to summarize:

3 async/await will run in order just like procedural programming. When it finds an await call, the job will suspend and will give control back to the system instead of the caller. Unlike callback-based concurrency, it will not continue execution of the statements under it until it has finished. The system will make use of the thread to perform other work, and when it decides it’s time to revisit your function, it will, and execution will resume linearly.

*: Well, except when you put bugs in.

**: This is not obvious in this example, but there exists asynchronous code that is much faster than a network call and it may finish much faster than expected, altering the output of the console on each run.